The original dedication of St Mary's Church, Cusop was to the Welsh saint, St Cewydd, the Welsh Rain Saint.  In fact the name Cusop is derived from Cewydd. Cewydd was the son of Caw of Prydyn (Pict Land) whose family, having been expelled from their territory in North Britain, sought refuge in Wales. Cewydd remains the patron of churches in Aberedw and Disserth.

Features of the original Norman Church can still be seen. There is Norman carving on the chancel arch and the small window to the west side of the main door is Norman. The north door is blocked but can easily be seen from outside, at the back of the church. There was once a rood loft and screen, in front of the chancel arch, but all that remains is the built-in doorway above the war memorial.

The font may date as far back as the 14th century. It is made of a single massive stone decorated with saltire crosses.The roof of the church was constructed in the 14th century. In 1961 a new bellcote was erected with six new bells. In the year 2000 a new Millennium window was designed by Nicola Hopwood and installed in the east window.

Cusop Church has many treasures including registers going back to 1698 and a Welsh Prayer Book of 1664 which is fascinating when one considers that the English Prayer Book was printed in 1662, it also indicates that Welsh was probably the predominant language in Cusop Church at that time. Two centuries later, a brass plate was given to the church by the Revd Andrew Pope, who was mentioned in the diaries Revd Francis Kilvert. On the wall of the nave is a memorial dedicated to William Seward. He was a friend of the Wesleys and a lay preacher, speaking to large crowds in the open air. On one occasion in 1740, he spoke to a crowd in Hay who became so hostile that Seward had to withdraw, a week later he died. His grave lies on the south side of the church under a majestic yew tree.

The churchyard is home to some magnificent ancient yew trees, as well as Sorbus torminalis, the  rare wild service tree. We have a very active "Caring for God's Acre" team of local volunteers. At the back of the church, we have developed wild flower meadows which are cut annually with scythes. We try to encourage as much wildlife as possible in our churchyard which is home to numerous species of birds and even the rare Earthstar fungus.

This is only a brief summary of the church's history. If you would like more detailed information, e.g. Church Warden's Chest, Registers and Monuments, Extracts from Church Magazine 1900-1950, then please visit Cusop History Group website, look under "History Projects" and you will find a wealth of information! 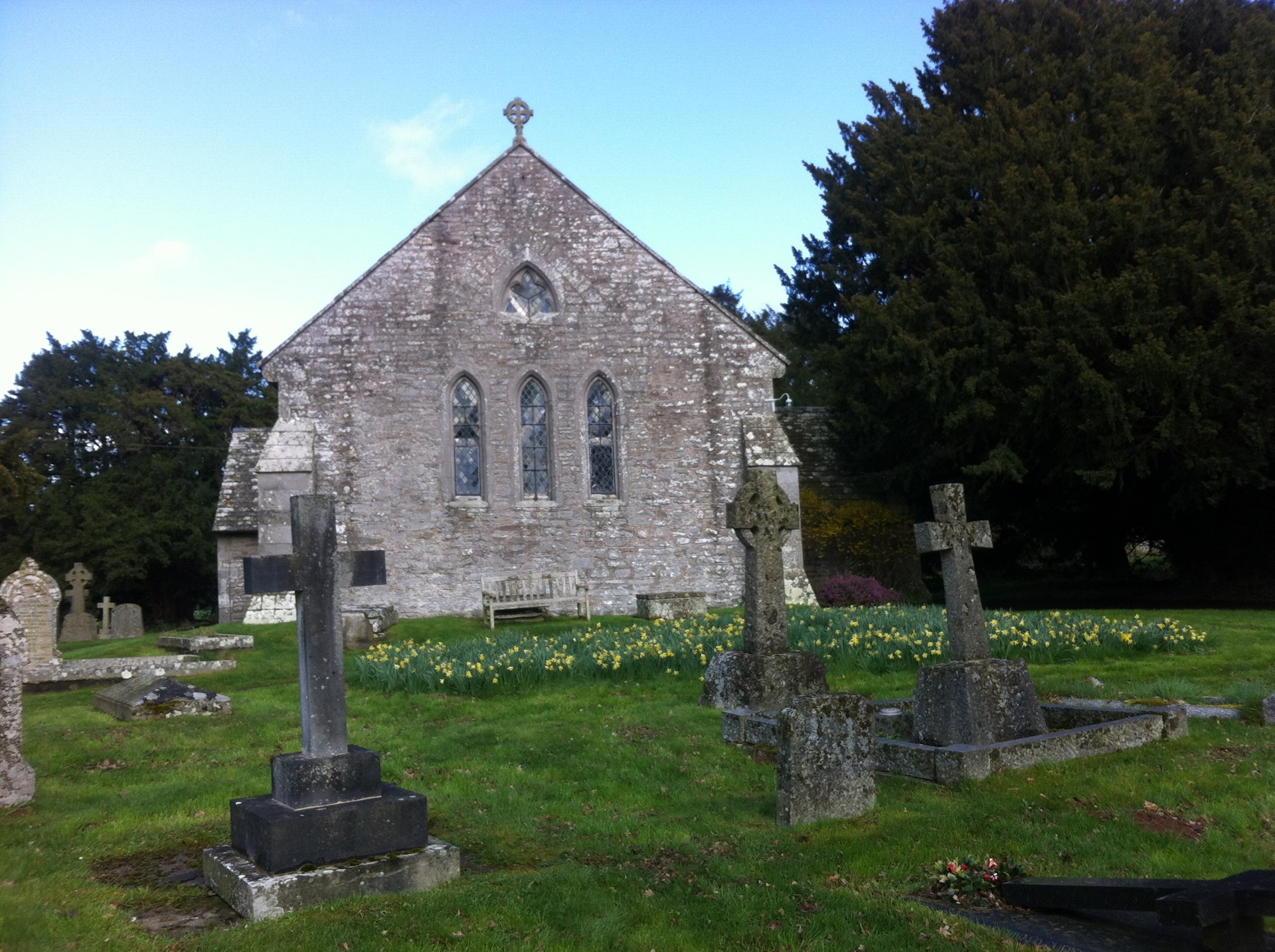 Church and Churchyard in Spring 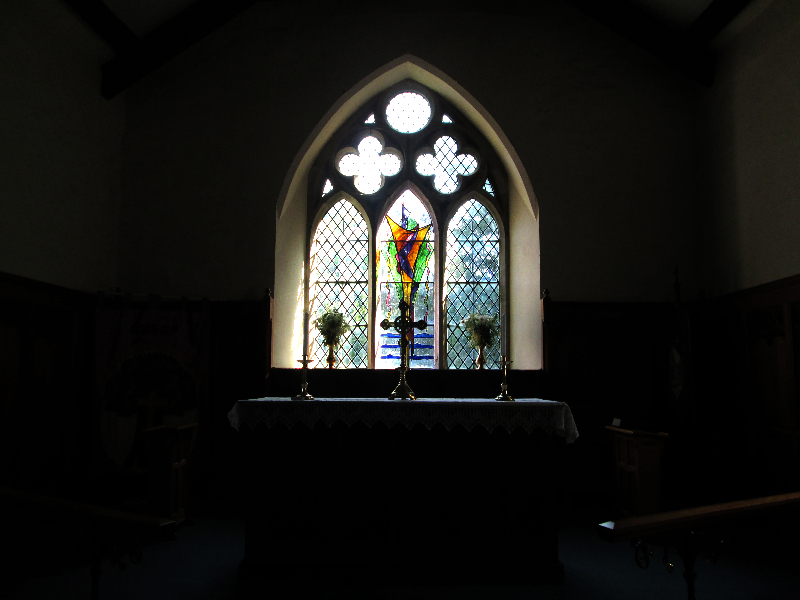 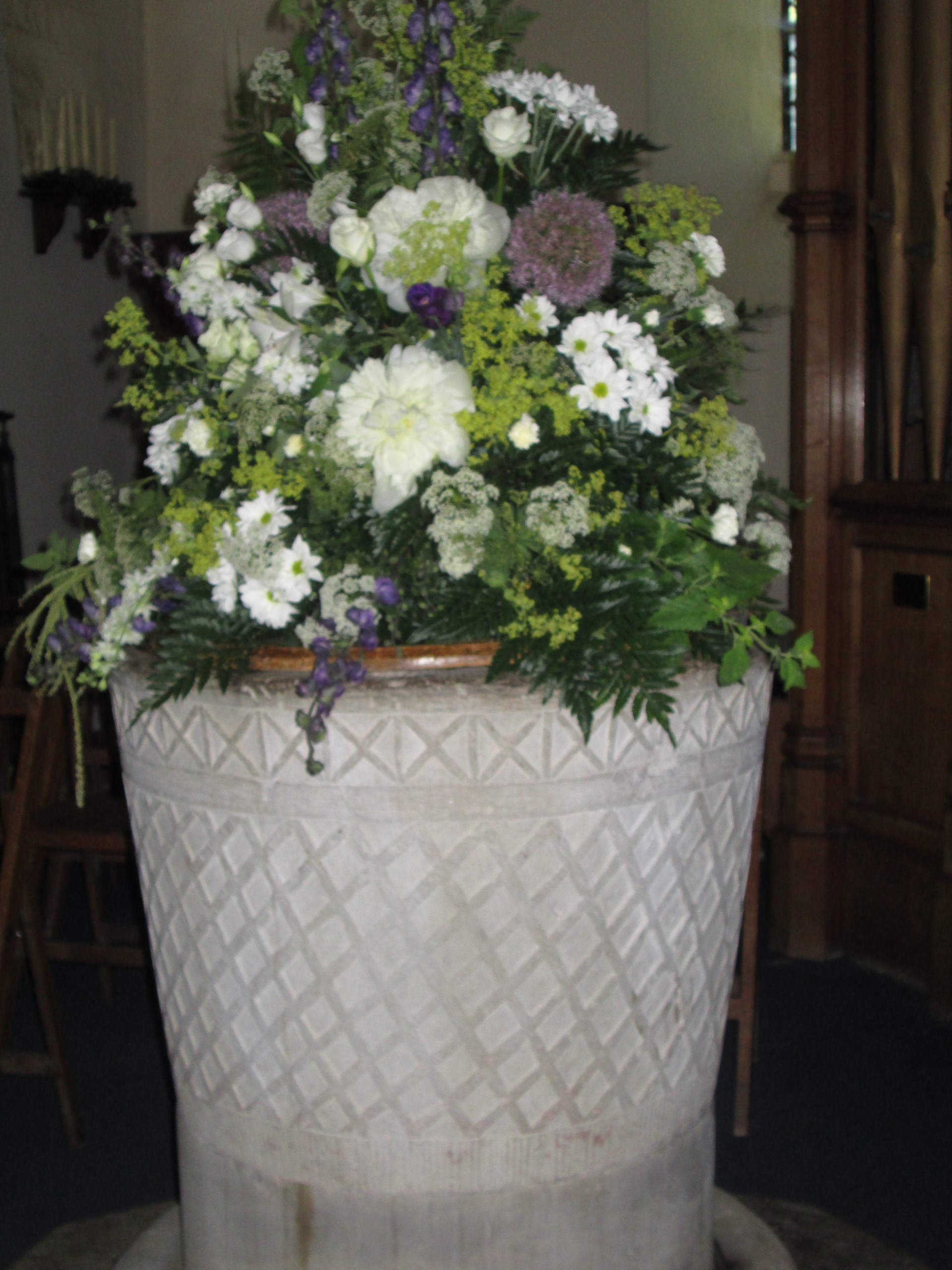 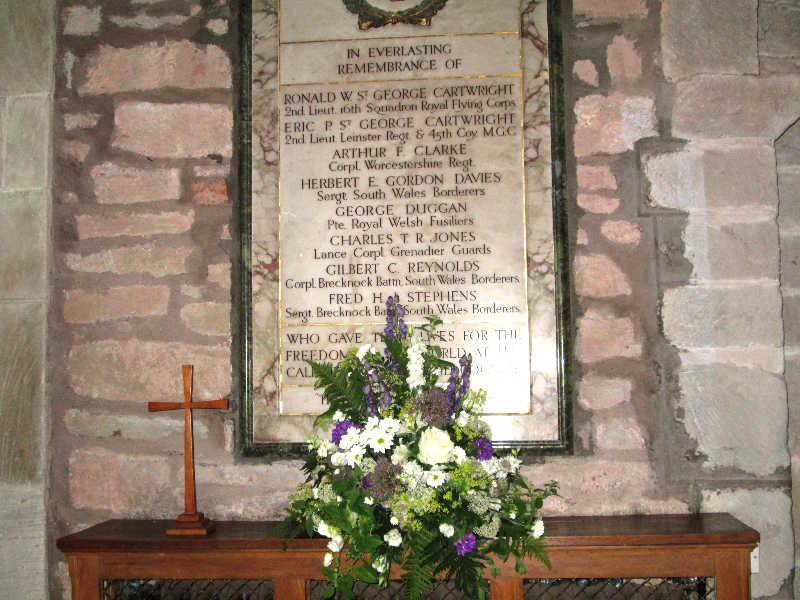 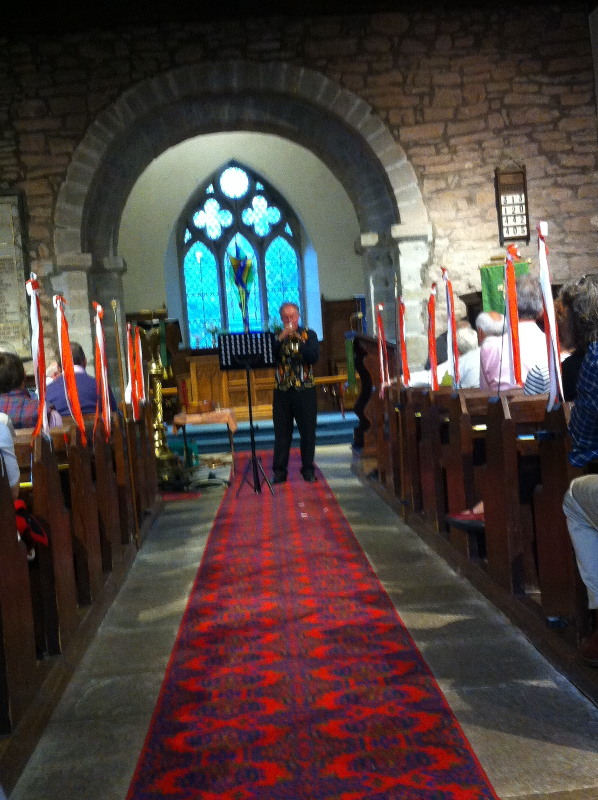 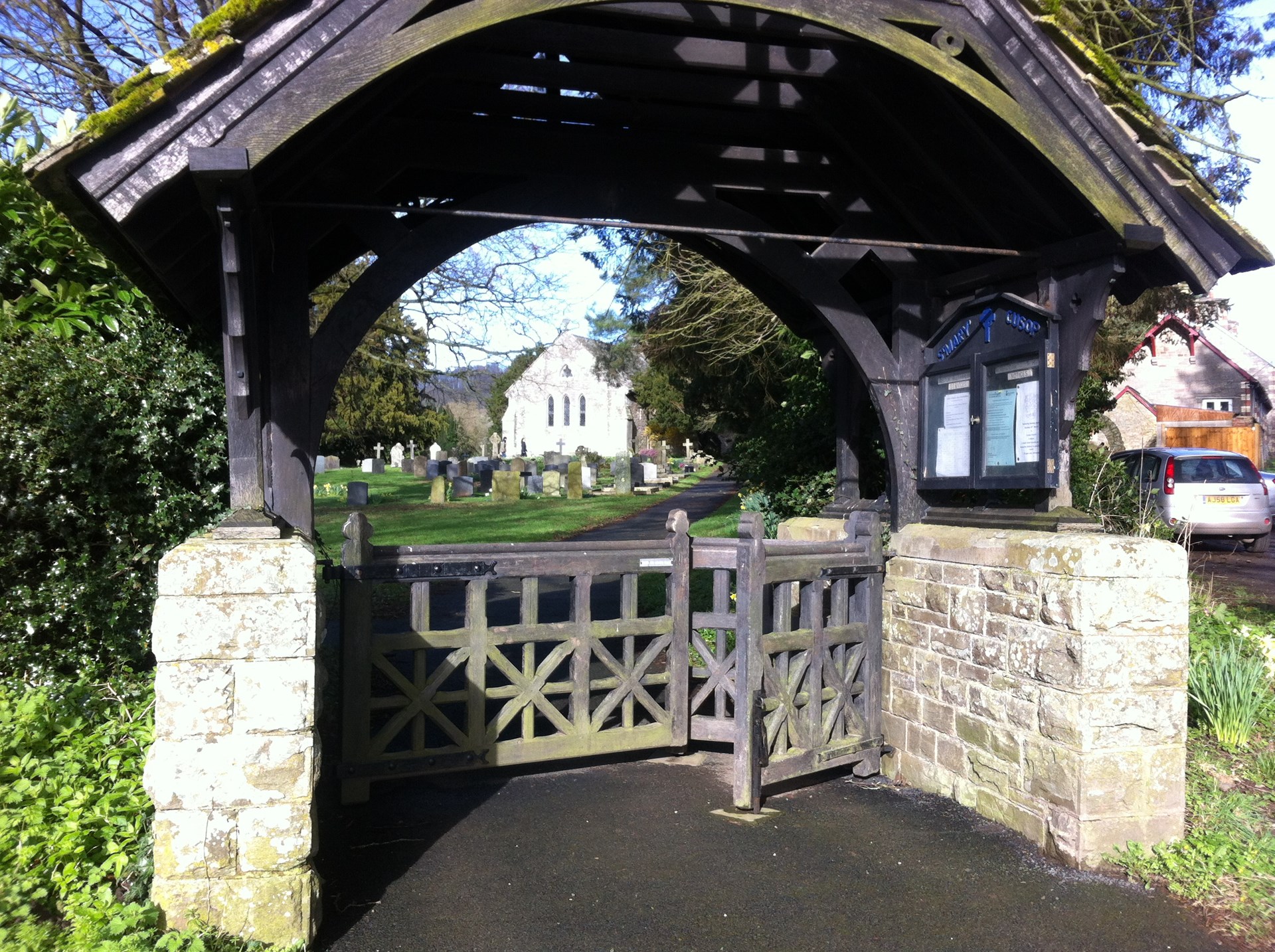 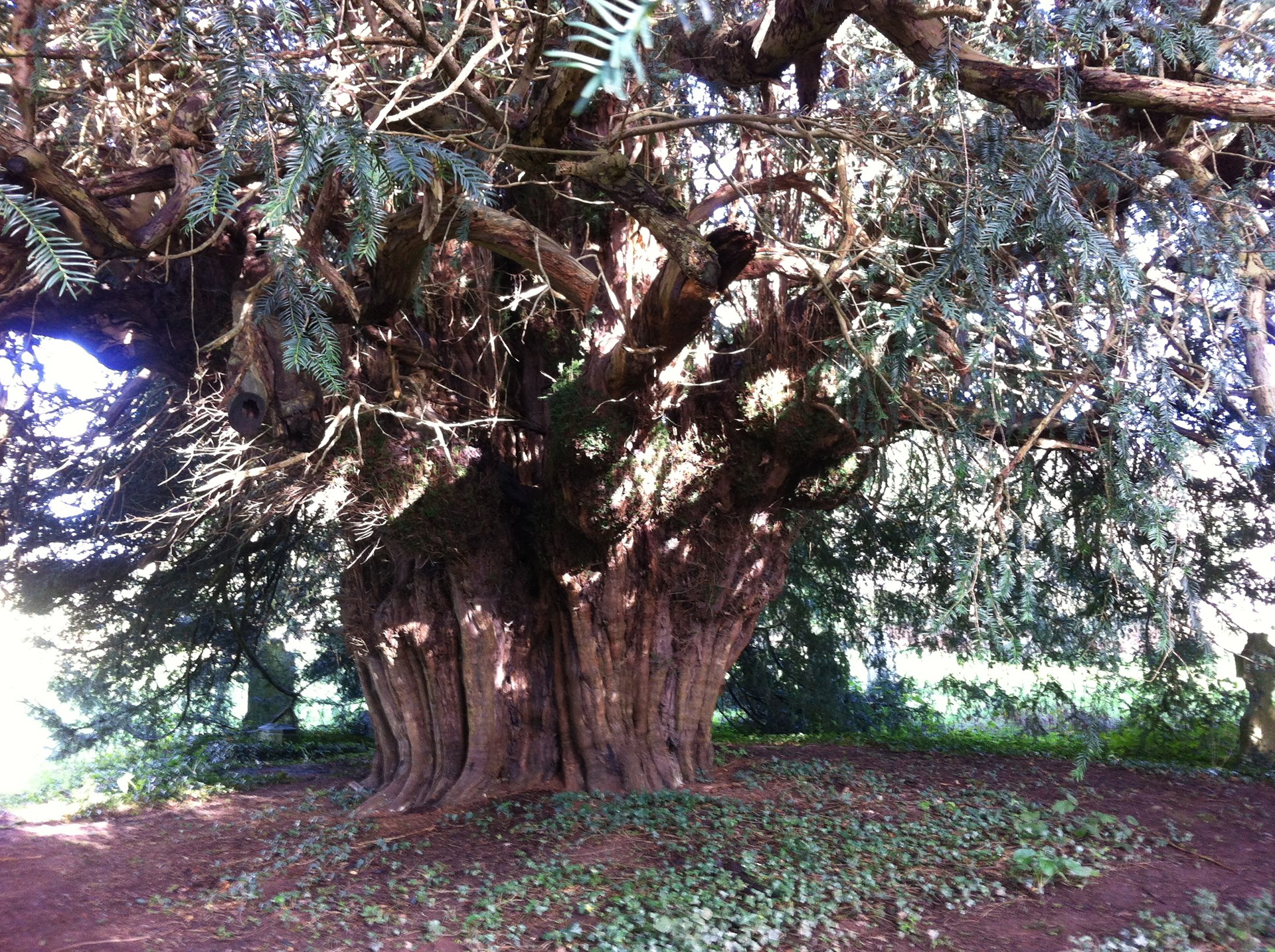 One of Four Ancient Yew Trees